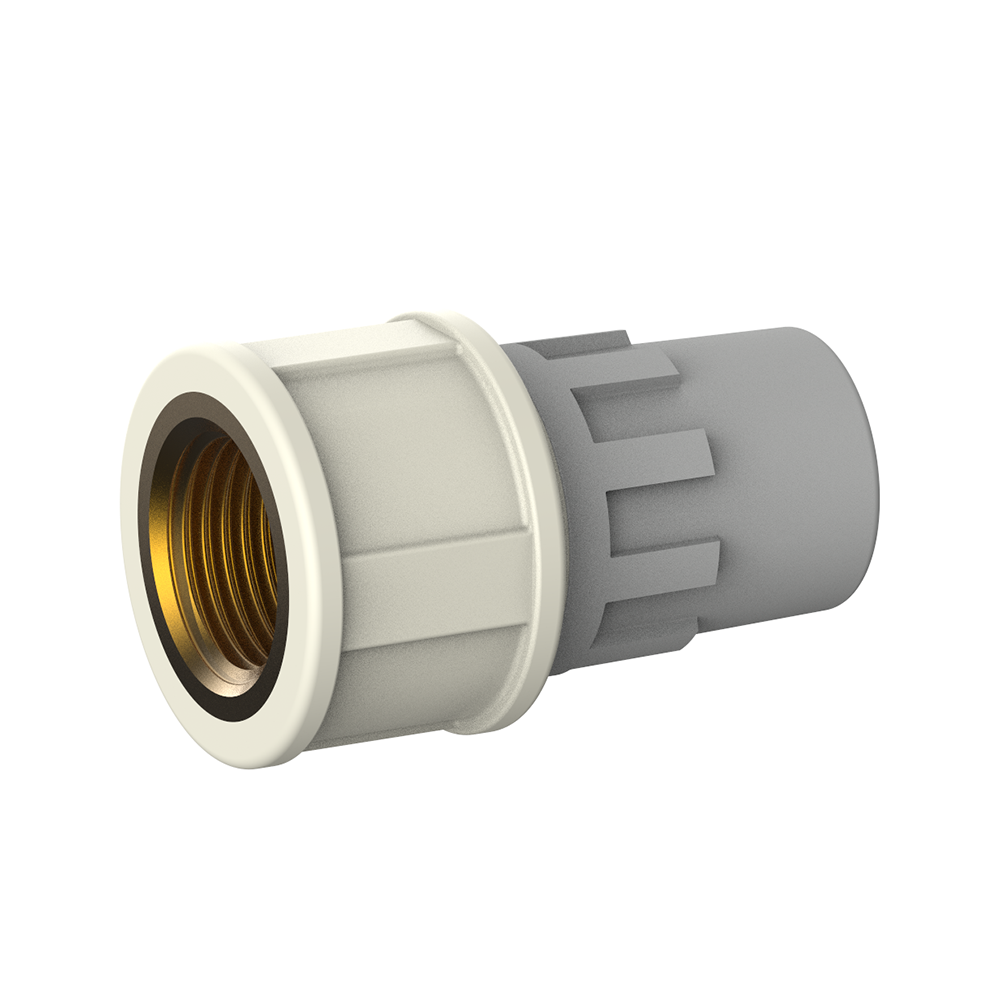 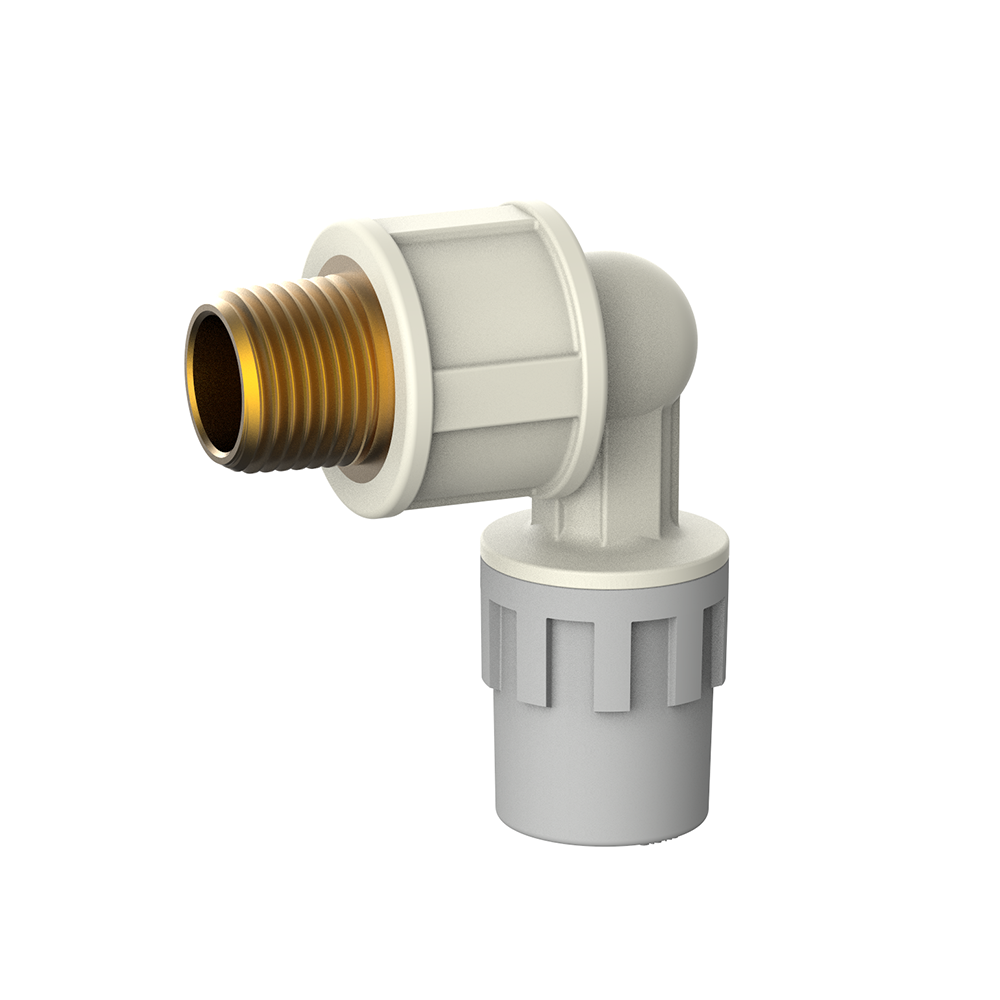 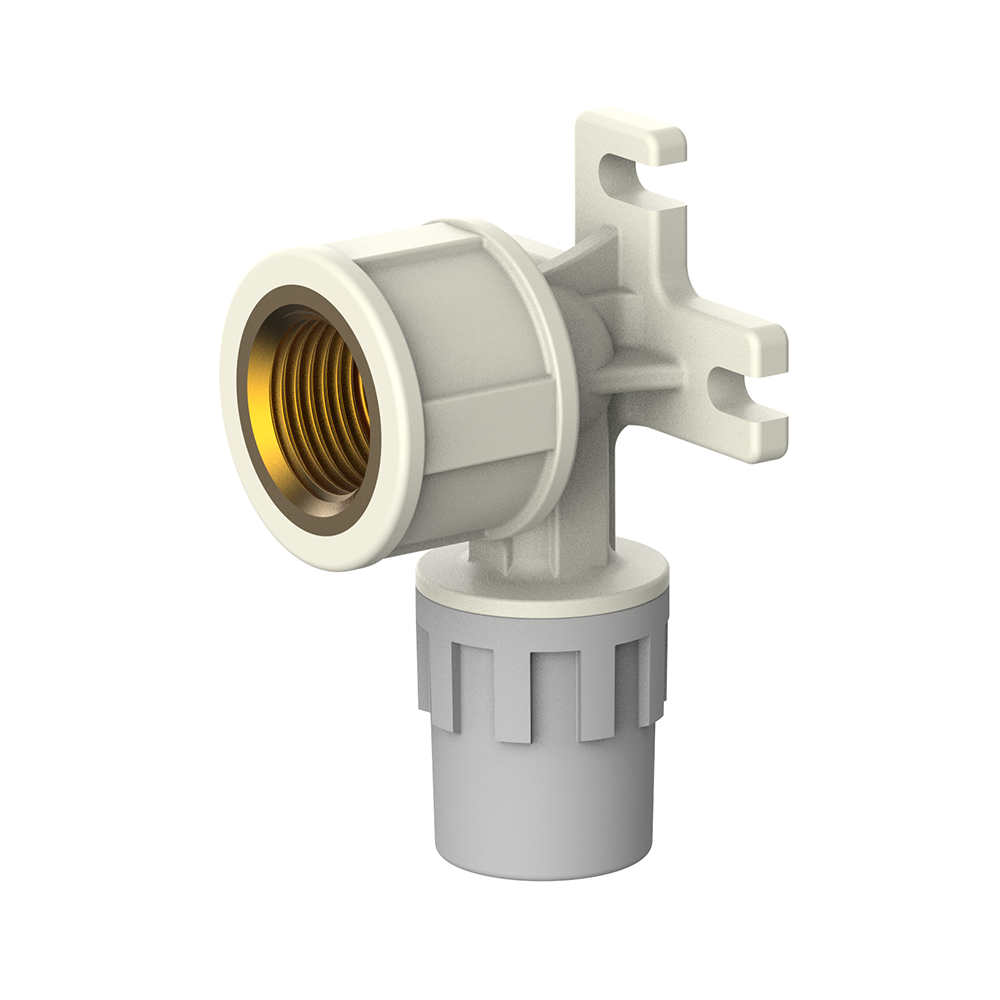 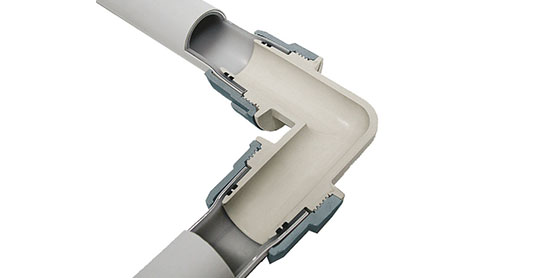 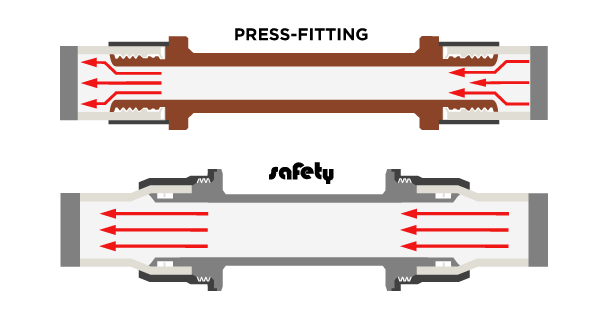 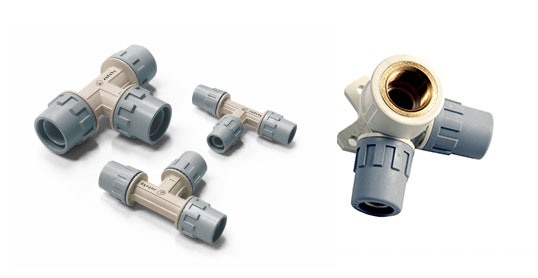 The lead free polymer safety fittings are the result of continuous technical innovation and research. This new range was designed and patented to reach the highest safety standards regarding the connection of in-wall multi-layer pipe installations.

The fittings are made from PPSU (polyphenylsulfone) which is a high performance polymer that has excellent impact and chemical resistance.  It is commonly used in the fields of avionics due to its lightweight nature and flame-proof characteristics, and in medical applications such as human joint replacements due to its high impact strength and compatibility with human tissue.  The material is also lead free, making it the safest choice for drinking water applications.

Patented tools flare the pipe around the fitting to maintain precise inside diameters of the fittings, reducing pressure drops throughout the fittings.  The pipe is then locked on the fitting by a tight collar/cap connection and can be unlocked and used again.

The idea to develop the safety fittings came from the decision to increase the flow – consequently decreasing pressure drops, friction, noise and enabling the reduction of pipe sizes in some cases. This has been achieved by making a greater diameter socket on the pipe head for the connection.

The project has been carried out step by step, going through all necessary tests and paying great attention to reliability factors for its in-wall piping use. The production of the safety fittings began only after receiving certifications from international authorities for the whole range, and its dedicated accessories.

The socket on the pipe head is made by a special patented tool that ensures a quick, reliable and safe connection.

Appliaction In other sectors

Since the safety system fittings are made from PPSU (polyphenylsulfone), which is a technologically advanced polymer, they are ideal for applications in marine environments, due to the exceptional physical, chemical and mechanical properties of the material.  Safety System installations can be made in direct contact with sea water without compromising performance in any way. The Safety System is the ideal solution for installations in the presence of strong salt concentrations, placing it among the most widely used systems in the marine industry.

Total resistance to corrosion, construction materials and the main chemical compounds allow it to be used in a wide variety of applications, both residential and industrial. 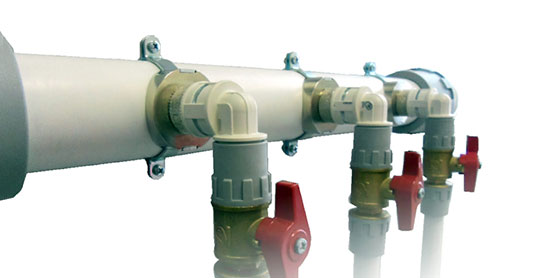 The new fitting was conceived, manufactured and patented by aquatechnik: it was designed to create attachment points on multilayer pipes in a simple and quick way, thus removing the use of bulky and expensive reduced tees. The application of the new direct junction for multilayer pipes allows creating thermal power stations, distribution of heating and domestic water networks, distribution manifolds in reduced spaces and in shorts times, also for compressed air.

It is recommended to be used outdoors and in false ceilings. It does not require special tools: you just need to use a simple cutter with a common drill.

ADVANTAGES OF THE DIRECT JUNCTION 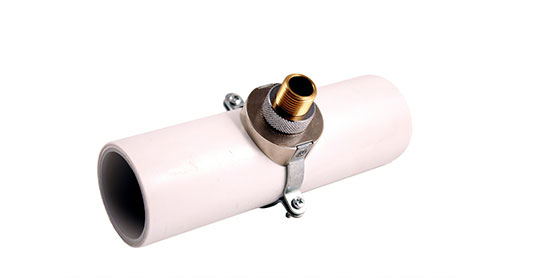 Aquatechnik Australia offers you wide range of innovative polymer fittings and pipes for solutions to your piping systems.